Isolation has given me the perfect excuse to catch up on some of the shows that I’d been neglecting, so I thought I’d do a little post about what I’ve been watching while stuck at home!

The Resident
We all know I love a good medical drama! The Resident is probably one of my favourites at the moment, although it’s always been pretty high up on the list. I love the cast, the characters and the story and I’m really sad when I’d got all caught up and found out it hasn’t officially been renewed for season four, and I neeeeeed it!

Zoey’s Extraordinary Playlist
This is a new one and even though I’m 9 episodes in, I still don’t know how I feel about it. The concept is kinda weird, a girl is stuck in an MRI during an earthquake and wakes up to hear everyone singing? Crazy! But it kind of works somehow, and honestly I think it’s down to the writing. The characters are so great, and I found myself so invested in them only a few episodes in. The singing isn’t great and the choreography is even worse, but if you can get through those cringe-worthy moments, it’s actually a pretty good little show that is telling some important stories.

Agents of Shield
I remember avidly watching this when the first season came out and I watched it religiously for the first 3 seasons. And then I just stopped, I think I just lost interest and it wasn’t as good as the original season! But I found it on Disney+ the other month, and I’ve slowly been catching up. I’m going to persevere because the last season is coming out and I feel like I need to see how it ends.

Hunters
I’ll be honest, I’ve only watched one episode so far, but I really really enjoyed it. I seem to remember a lot of people talking about this when it first came out on Amazon TV, but then the hype died down pretty quickly. Maybe that means that despite the incredibly strong start things go pretty downhill, but I’m definitely going to persevere with this and see how things go. It’s a super interesting concept and sounds like it’s going to be a pretty full-on series.

Which TV shows have you got into over the last few weeks? Let me know in the comments! 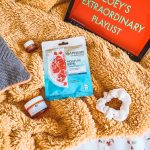 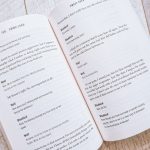 A week ago I saw the amazing @rupikaur_ perform li

💕On Wednesdays we READ pink!💕 Was tagged a

Thanks for the tag @a.romance.of.silver.thorns I l

A week ago I saw the amazing @rupikaur_ perform li

💕On Wednesdays we READ pink!💕 Was tagged a

Thanks for the tag @a.romance.of.silver.thorns I l